Things You Should Know About Jaipur First Trampoline Park Fest Indoor Trampoline Park - Things You Should Know About Jaipur

The Indian festive season was almost completed but the fun and adventure was never finished. Apart from Diwali celebrations, there was one more fascinating festive opportunity waiting for the Jaipurits. In the PUNO Fest, on 7th November, Jaipur's biggest English Carnival was organised in the premises of PUNO. The event did not only connect people but also enhanced relationships and family bonding through fun activities. PUNO planned to have a great memorable time with their loved one and families really enjoy the English Carnival a lot.

Puno invited the Pink City to be a part of their unique and big celebration of joy and fun. This was a 2-days venture, taking you to a world full of adventure and fun.

Carnival typically refers to a Mela; an event organised to introduce the hidden gems of the city.Puno organised a carnival for you, a cheerful event filled with fun, dwarfs, clowns, jugglers, bamboo guy, Charlie Chaplin, and many more. This was a family event offering several outdoor and indoor activities for increased fun and engagement

Puno- The biggest trampoline park in Jaipur has completed its one year on 7th November and celebrated the same with a huge 2-Days event.

In case you did not join us on the occasion, you can experience the amazing vibes of Carnival. Many families planned their weekends to celebrate PUNO Fest on 7th November. It was a really great day for families and friends to take them back to their good old jumping days.

People have multiple options to explore down with friends, but when it came to hang out with family members, they have only few options left where all the age groups could have fun at the same time. PUNO Carnival is one of the best options for all persons who want to enjoy it individually or in a group.

Coming up with a similar idea and theme, bond with your family members at the Carnival, to be organised by Puno as a part of their First Anniversary Celebrations on 7th November.

What Were the Activities Included in the Carnival?

There's more: PUNO offers you with the platform you need if you believe you have a unique ability that deserves to be acknowledged by the public. Perform on stage, accentuating the occasion and decorating it with your specific abilities.

This will be a full-fledged family entertainment package, featuring a variety of outdoor and indoor activities, food, refreshments, and music, as well as live performers and entertainers. 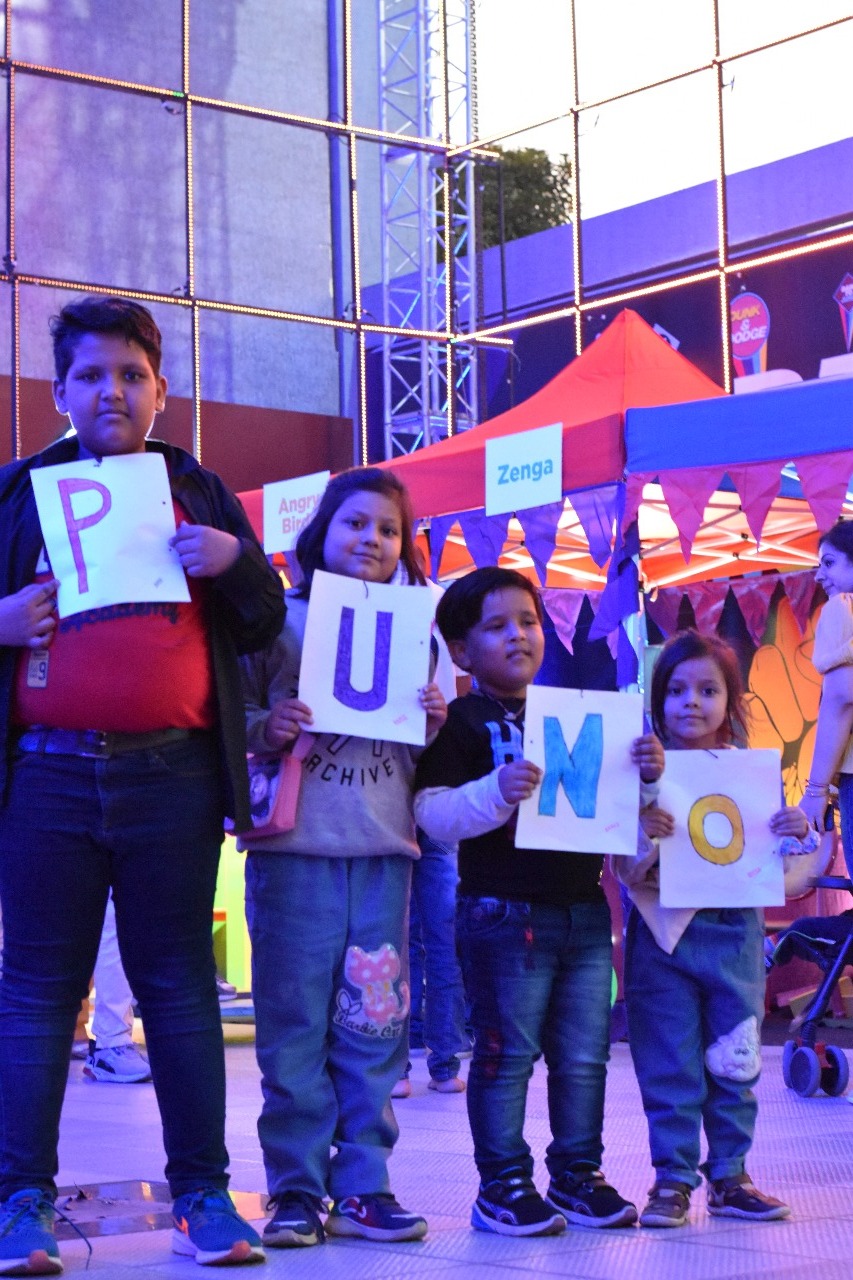 Many individuals look for and want to make the most of their Diwali holidays by participating in as many crazy activities as possible. To celebrate the light of festivals, some people engage in wacky activities involving firecrackers. Although it is a restricted or short-term enjoyment, there is a site in Jaipur where many people enjoy the festive season to the fullest. PUNO is India's largest adventure and trampoline park, located in Jaipur, where the PUNO Fest attendees were completely insane.

Puno- India’s biggest trampoline park had completed its one year, planned a huge celebration for its visitors.

PUNO is a highly recommended venue for all those looking for a new tourist attraction in the Pink City. If you're visiting Jaipur over the weekend, don't forget to visit the largest trampoline park and adventure arena.

Puno had planned a similar concept for the youngsters of the Pink City, allowing them to showcase their talent or be part of the Open Youth Festival 2021.

Here are the glimpses of the PUNO Fest 8th November Open Youth Festival and Hip-Hop Cypher. Let’s take a read to the grand anniversary.

What Was in the Open Youth Festival?

Youngsters are a big fan of youth fests, as this helps them introduce their talent to the audience or helps with an increased and better understanding of new skills and concepts.

Fun at Puno also presents you with one such platform where you can showcase your special talents or be the cheering audience for performers.

Puno had completed its one year this November and planned a grand celebration with new talents in the Open Youth Festival. This event was organised from 11 AM to 4 PM, providing people and groups with endless adventure and fun opportunities, adorned with scrumptious delicacies at Chool Restaurant.

The Open Youth Festival was created with the goal of promoting and bringing together a large number of artists on a FREE platform to display their hidden talent to the rest of the world. There were some rules or requirements for performing on stage, such as a performance time limit of 5 minutes and a maximum of 10 minutes. Artists are free to bring their own instruments, backup musicians, karaoke, song, and other performance necessities. The day was jam-packed with outstanding performers and content makers who put on incredible live shows.

How Was the Participation in the Fest?

According to a study, 3 out of 5 people repress their talent, and only 5% of them find a platform to showcase the same, and the count for total number with such unique and special skills stops at 5 million, 5% of which is too much. 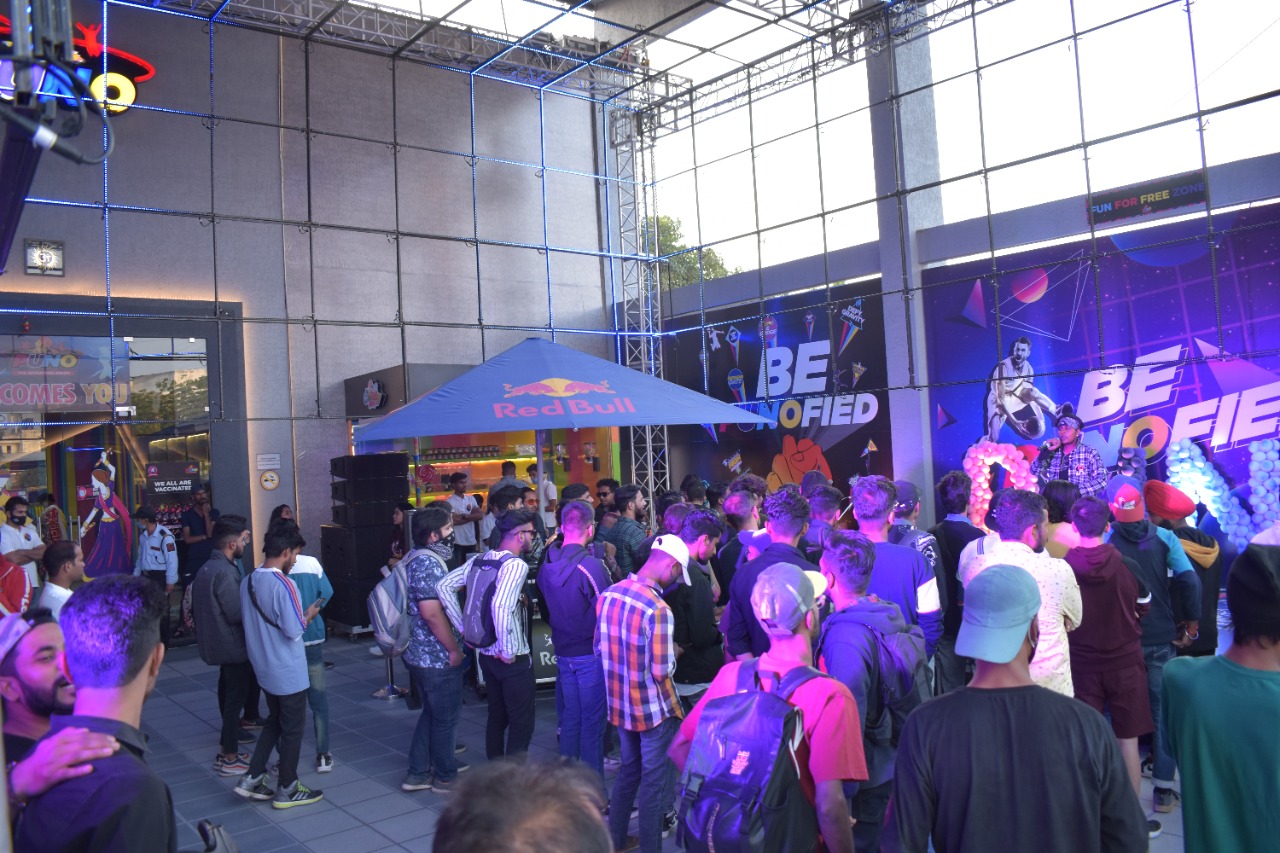 More than 50 performers performed and exhibited their incredible skill in front of the entire world at the PUNO Open Youth Festival. Musicians, beat boxers, and dancers (contemporary, pop, and classical) were featured prominently. They performed like rockstars and won the hearts of tens of thousands of people. The audience was ecstatic and applauded their performances with open arms. The Youth Festival had no age restrictions. A young boy of eight years old performed a live keyboard performance and performed a remix of numerous melodies. The atmosphere and the entire environment exuded creativity and artistic feelings

Besides live performances in the Open Youth Festival, the next fascinating event was Hip-Hop Cypher from 4 PM to 9 PM. It is a new culture and youth is mad for the same; surely you would also be!

Stand a chance to experience the best Cypher event in Jaipur, adorned with unlimited fun and adventure, continuing until the beat drops!

Hip Hop Cypher was organised to help promote the talent for street artists, random fleets, and DJs, providing them a much-desired platform that they have been waiting for a long time. There was a group of more than 30 random artists performed in the event who gave rocking experiences to every person. Their presence felt everyone, each beat and lyrics of raps.

Missing out this Mere Gully Mein, Mere Puno Mein Adventure can therefore be your regretful decision which we won’t be able to alter.